No products in the cart.

Have you Been Trained to Blindly Obey?

Have you Been Taught Not to ask questions?

The Lord Only teaches and guilds us when we Ask Honest questions.

"Ye ought to search the scriptures" Alma 33:2

The Language of the Scriptures
a Live, Online Course

Have you ever taught a class where you ask a question and no one answers?

Our current culture has taught us to not to answer or ask questions.

As children we are filled with questions, it is a natural process of life. But our parents/leaders stifled our questions by giving us cliché or round answers training us to stop asking questions (I’ve caught myself falling into this trap as a parent too).

In this course I'll show you how to search for meaning, how to slow down your study to observe language, to ask questions about your observations, and to find meaning.

God can't guide us if we don't turn on the engine of our minds by asking questions. When we ponder the answers to those questions we are “moving" and God can only guide us when our engine is engaged. 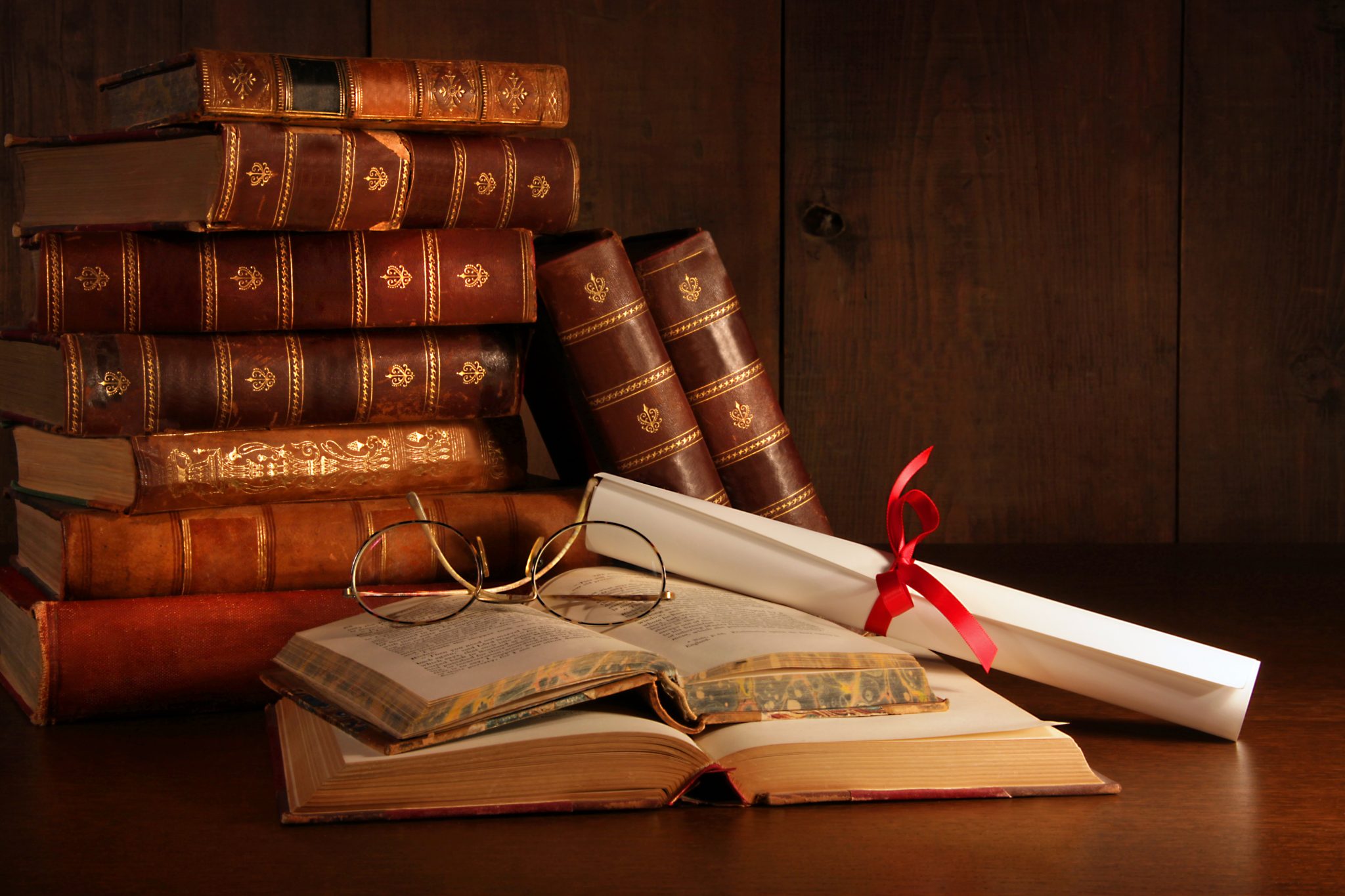 You will receive a recording of the key pattern of learning and language foundations to watch before the class.
In the live classes you will learn: 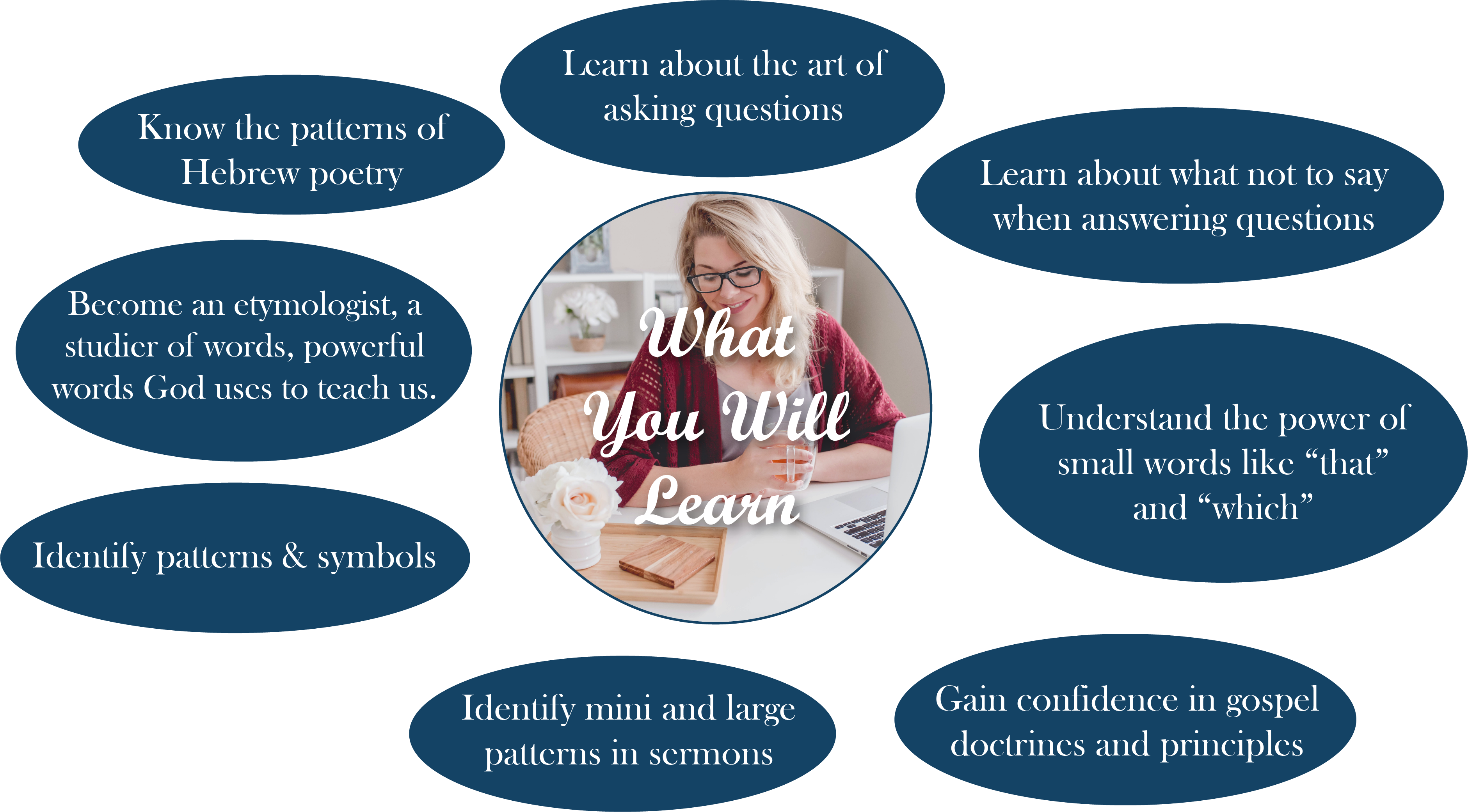 Thom and Tresta are wonderful and inspiring people!! The thoughts that they shared about the sacrificial alter were so profound to both my husband and I. We especially felt such peace and inspiration as we discussed the idea of offering verses sacrificing as a verb. I thank them for enlightening us so much every time we "meet"!

This class was engaging and taught within the context of the gospel as Tresta brings in concepts of the plan of salvation to tie it all to the gospel and truth. They teach with love and encourage curiosity and questions. They are organized and prepared and engaging and bring the most exciting and interesting parts out of the text.

Tresta truly celebrates the smallest triumphs and teaches you how to accept and rejoice in the blessings you receive. I recommend Tresta to anyone. She understands LDS doctrine, she does not over-proclaim or step beyond boundaries, she points you toward the scriptures, church leaders, apostles, prophets. She simply teaches how to seek and how recognize when you have received. I owe a great deal of thanks to her!

While learning the techniques of Searching, you will discover Doctrines and Principles and 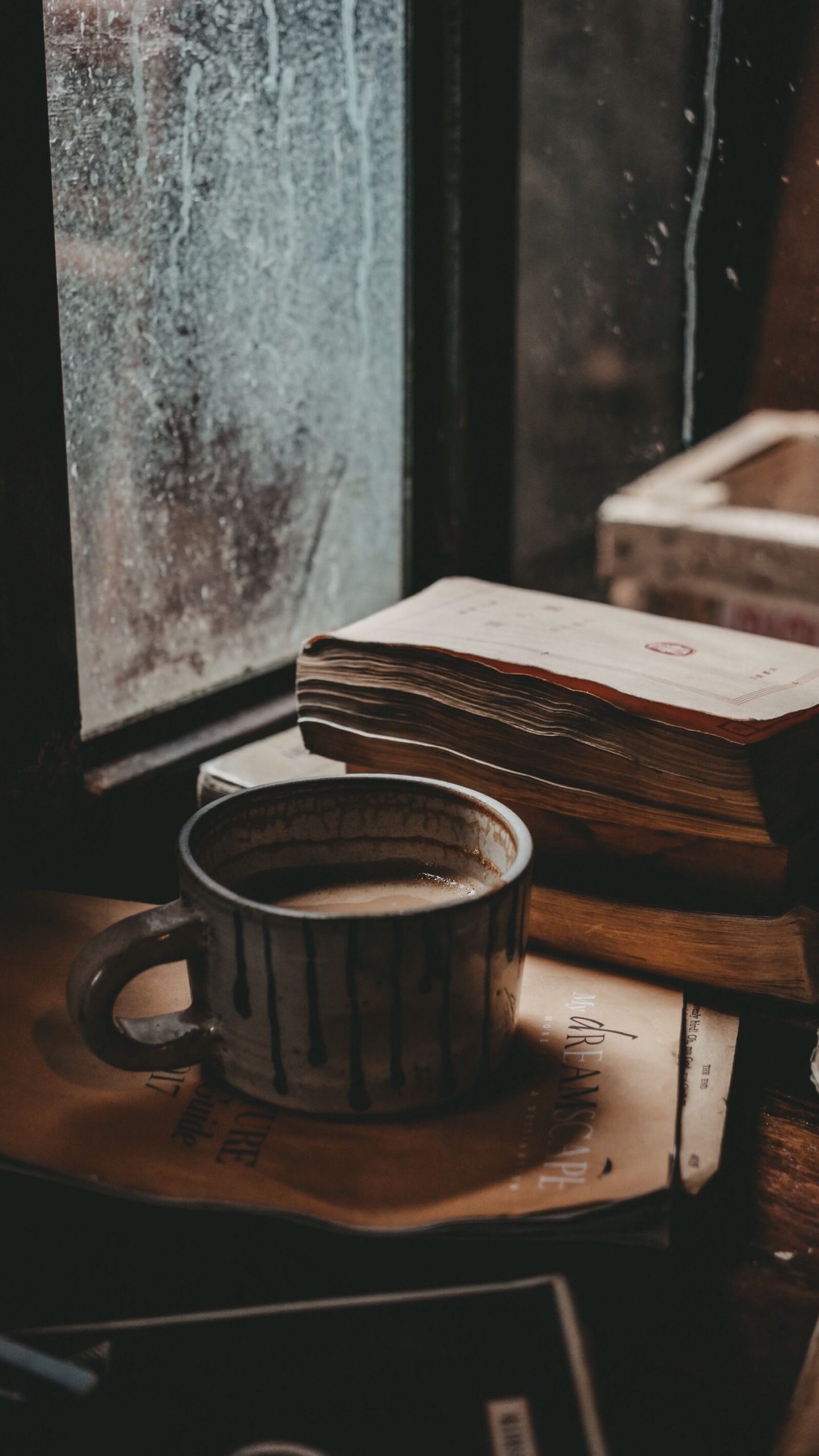 What are we seaching for when we

Overview of the Course 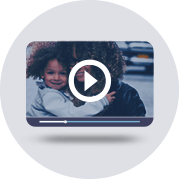 Moduel 2:
Learn How to Search 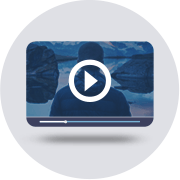 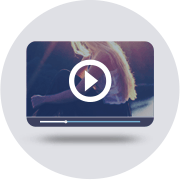 This is my list of symbols and their meanings I’ve compiled over the past 20 years.

This accompanies the Theology Tree book and course and will be a great reference to you as a learner and a teacher.

This accompanies the Key Pattern of Learning book and course. It will be a great reference and teaching tools for you to use.

How to Give
a Talk

This is a mini course on some suggestions for improving your talks in church.

We are offering this course
for only $180

What is the definition of "therefore" in the scriptures?

This is one of many "key words" we will be defining and exploring. Whenever you read  "Therefore" means there is a process being shown. See Alma 12:10 for an example. Check out what came before the "therefore" and ask, "because of this principle, what?" or  think, "and now here is what you can do…" You will learn the definition of words you never thought to define. Oh, the wonder!

Do I need to know English grammar for this class?

The short answer is No. We will go over many concepts of English grammar. For example you'll learn conjunctions, disjunctions, phrases, clauses, sentence structure, parts of speech, diagraming (not the way you were taught in school), etc. But, this course is so much more than grammar, it is also a course on how to think, find the flow of logic and how to recognize your feelings, how the Holy Ghost confirms answers to your mind and heart, etc.

What questions do I ask when searching the scriptures?

This is a loaded question. :) We will spend much time on the power and the types of questions. Mostly we will focus on "what" questions. For example, "what am I to learn from this word?", "What questions are raised or answered by this verse?", "What clues are there?", "What do I need to figure out so I can say it in my own words?"

Do I have to attend all the LIVE Lessons?

Although we HIGHLY encourage you to attend every session to get the best results out of this class it is not required. All classes are recorded.

About Your Mentors, Thom & Tresta 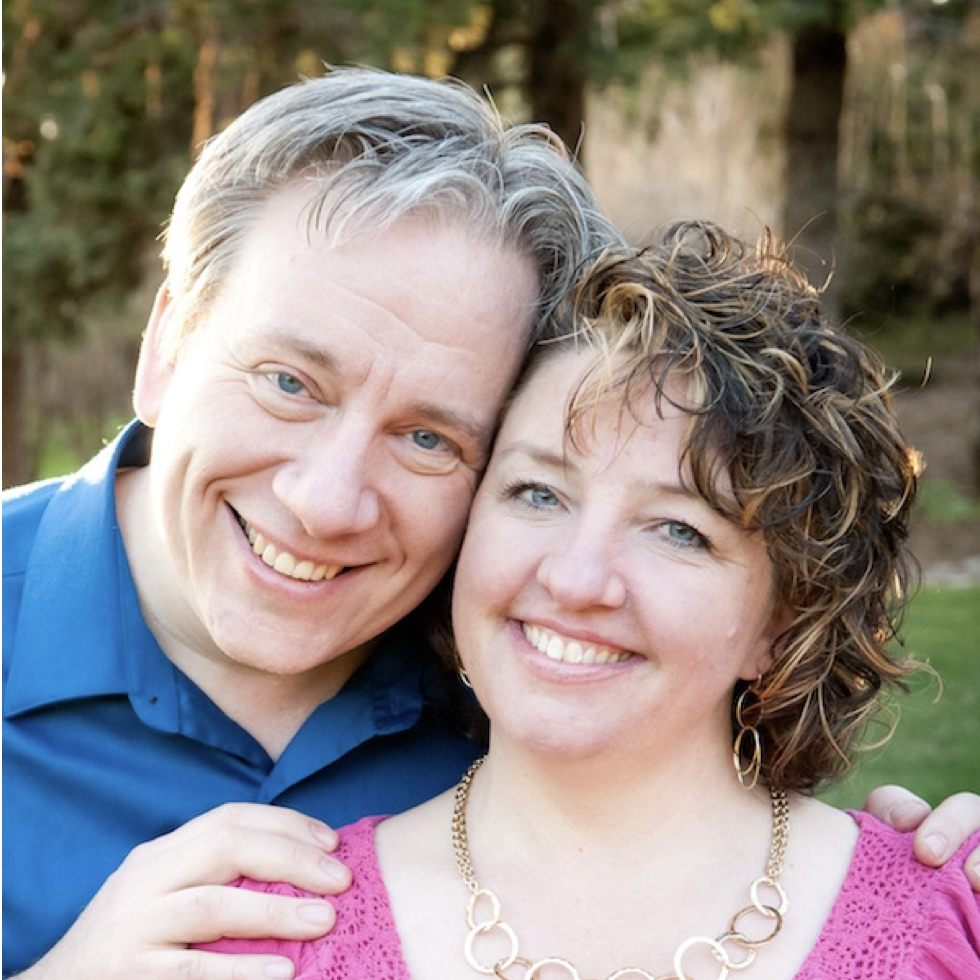 Thom is from New Hampshire and served a LDS mission in Italy. Tresta is from New Mexico and served in the Netherlands while Thom waited for her. They don’t subscribe to the television adage, “Eight is Enough” with their many birthed, married and borrowed children. Thom was the first to bring up the idea of homeschooling, Tresta thought he was mad! Twenty-two years later they are successfully homeschooling through births and deaths, liver transplantation, addiction recoveries, conferences and family run businesses. Together, as owners of Called to Learn and the directors of several homeschool conferences, they are nationally sought after authors and presenters. Their uniqueness is seen in the stories of Thom delivering half a dozen sets of twins as a teenager, Tresta sitting on a cactus and their first kiss over the alter.

Thom and Tresta currently live in Orem Utah where Thom is a trainer and mentor in technology, personal marketing and relationship enhancement. They are the founders and owners of Called to Learn and Keystone Education, where they provide resources and opportunities to the LDS homeschool community. Tresta is the author of The Theology Tree, God Saw That it was Good and The How to Discover (numerology) series. She also teaches online courses in symbology, constellations, numbers and the Key Pattern of Learning. Their passions are teaching and sharing the homeschooling message. Thom enjoys languages, music, theater and scouting, Tresta enjoys hiking, traveling, natural healing and learning and teaching symbolism. Currently they serve in teaching position in Primary and Ward Organist.

Get the Language of the Scriptures Course Today!