Tresta is the author of The Theology Tree, God Saw That it was Good and The How to Discover (numerology) series. She also teaches online courses in symbology, constellations, numbers and the Key Pattern of Learning. Their passions are teaching and sharing the homeschooling message.

Get a free sample of our product

The Forgotten Symbols of Christ’s Birth

Does it Matter what My Children Learn? 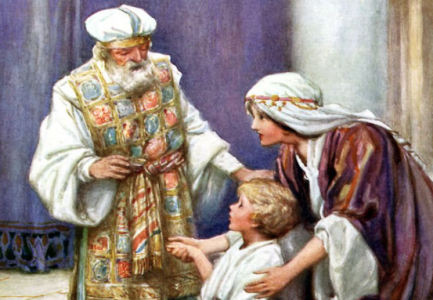 This is a Tale of Two Mothers – Hannah of the Old Testament and Mary of the New Testament.

Hannah and Mary both lived in times of uncertainty and transition. Hannah lived in Israel during the time of Judges. After 350 years the Israelites were looking at other nations and noticing they had Kings at their head and started demanding a King to be their governor.

Mary, a young woman from Nazareth lived a thousand years after Hannah. After the Jews were carried away captive into Babylon a few returned to Israel to rebuild their nation only to see it taken over by the Selecids. A revolt by the Maccabees resulted in a free Jewish nation for a time. But, now the Romans and their appointed king, Herod, ruled over the Jews.

Hannah was the wife of Elka’nah who also was the husband to Penin’nah. She had bore him many children, but Hannah was barren. In Israel having many children was a blessing. Hannah pleaded with God at the temple, “Give me a son and I will give him back to you for all the days of his life.” Eli, the priest, told her that her prayer would be answered. Sure enough, Hannah name the boy Samuel, meaning, “I have asked him of the Lord. As promised when Samuel is weaned, she gives him to Eli to raise. At that time she offered up a song of thanksgiving. 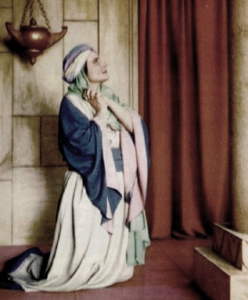 My heart exults in the Lord; my strength is exalted in the Lord. My mouth derides my enemies, because I rejoice in thy salvation.

Talk no more so very proudly, let not arrogance come from your mouth; for the Lord is a God of knowledge, and by him actions are weighed.

The bows of the mighty are broken, but the feeble gird on strength.

Those who were full have hired themselves out for bread, but those who were hungry have ceased to hunger. The barren has borne seven, but she who has many children is forlorn.

The Lord kills and brings to life; he brings down to Sheol and raises up.

The Lord makes poor and makes rich; he brings low, he also exalts.

He raises up the poor from the dust; he lifts the needy from the ash heap, to make them sit with princes and inherit a seat of honor. For the pillars of the earth are the Lord’s, and on them he has set the world.

He will guard the feet of his faithful ones; but the wicked shall be cut off in darkness; for not by might shall a man prevail.

The adversaries of the Lord shall be broken to pieces; against them he will thunder in heaven. The Lord will judge the ends of the earth; he will give strength to his king, and exalt the power of his anointed.

Mary received a visit from the angel, Gabriel who told her she was to be the mother of the Messiah. Soon afterwards she traveled to visit her cousin, Elizabeth, who is also pregnant. Elizabeth greets her warmly. Mary responds with a song of thanksgiving. 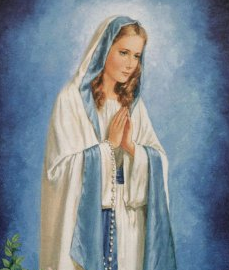 My soul magnifies the Lord, and my spirit rejoices in God my Savior, for he has regarded the low estate of his handmaiden.

For behold, henceforth all generations will call me blessed; for he who is mighty has done great things for me, and holy is his name.

And his mercy is on those who fear him from generation to generation.

He has shown strength with his arm, he has scattered the proud in the imagination of their hearts,

He has put down the mighty from their thrones, and exalted those of low degree; he has filled the hungry with good things, and the rich he has sent empty away.

He has helped his servant Israel, in remembrance of his mercy, as he spoke to our fathers, to Abraham and to his posterity forever.

Many of the characters and event in the New Testament have types in the Old Testament. Hannah is a type of Mary. The parallels and imagery of the two prayers or songs are blatant. They both reference the poor and down-trodden, the mercy of God, etc. Mary must have studied the scriptures and read Hannah’s song many times. She may have memorized it and applied the words until they became her words, her feelings. What a reunion it must have been in heaven when the two met again. They may have compared stories of how they both handed over their first born sons to God to raise and their thoughts and fears and blessings and testimonies.

Who do you relate to in the scriptures? Who is your mentor and hero?

For me I have liked Eliza R. Snow and love to hear her stories and read her poetry (hymns). I admire her work and feel a connection to her. I look forward to meeting her one day.