The Sabbath and Saturday

Have you ever wondered about the origin of the days of the week? Here is my study of the origin of Saturday which is named after Saturn, the Babylonian (later Greek) god of time. See how the Sabbath Day is symbolic of a messianic time. 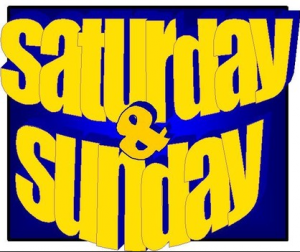 The process of creation is both constructive and destructive, there is conflict and harmony in the organizing process. The Creation took “work” the disturbance of the elements for six days (time). Then God “rested,” meaning there was peace between man and nature, harmony between man and man, freedom from the chains of nature and time, an express of true freedom even salvation.

The Fall brought about conflict and struggle between man and soil, man and animal, woman and man, woman and pain. The goal still remains, to live in harmony with each other, with the animals and with the soil. 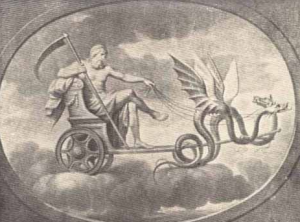 The Babylonians believed in many gods. They celebrated Saturn’s day, named after the god of time and death, each week by eating, drinking and singing and acting like animals. They allowed their bodies to be subject to nature, becoming slaves to time and death.

The Hebrews, on the other hand, believed in the Sabbath, where man acts like God, gifted with reason, love, freedom, not subject to time or death. They celebrated this by not interferencing or conflicting with nature or each other for one day a week. They believed that by not working or doing anything that would interfere with time they were honoring him who would overcome time. Jesus, through his Atonement, did overcame death and time (Saturn’s Day) and was resurrected on first day of the week, Sunday.

Sunday or the Sabbath day was created to help us anticipate a messianic time. We are told that if we keep the Sabbath Day Holy God would immediately return. Sunday, the day of rest, is a symbol of Christ’s victory over time and how we, on day will live without time. We celebrate it by not working (changing) and by living in harmony with each other, in peace with the soil, free from the chains of nature and time. When time is suspended, Saturn, time and death, are dethroned and we live in true freedom even salvation.

A Main Target of Satan

On the Eighth Day of Christmas

On the thirteenth day of Christmas?