Christ shall be “born of Mary, she being a virgin, a precious and chosen vessel who shall…bring forth a son, yea, even the Son of God. 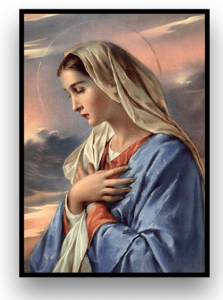 Mary was a perfect mortal witness.  The Book of Mormon revealed her name where the Old Testament never mentioned it. It was the culture not to write the names of women except in very special circumstances. King Benjamin declared her name would be Mary (Mosiah 3:8) and then Alma while speaking to the people of the city of Gideon said, “he shall be born of Mary, she being a virgin.”

Gabriel told her she would conceive “the Son of the Highest.” (Luke 1:32) Alma said she would “conceive by the power of the Holy Ghost, and bring forth a son, yea, even the Son of God (Alma 7:10.)

What would you be thinking after the angel left? How to tell your parents? Joseph? How to make it through the next nine months of criticisms? I am sure these thoughts crossed her mind, but after Jesus’ birth and when the shepherds came to witness his birth she “pondered these things in her heart.” She must have been in awe, what a blessed and joyous time to be secluded from the rest of the world holding her son and being with those that loved her. I think of the song, “My heart took a picture.” 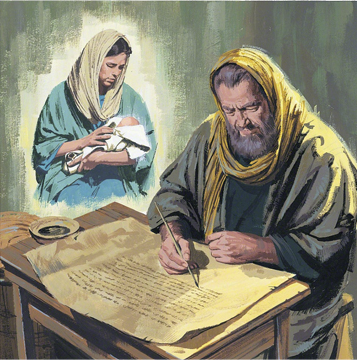 When Nephi has shone the vision of Virgin Mary “bearing a child in her arms” he knew the meaning of the tree in Lehi’s Vision. “The angel told him that the child was “the Lamb of God, yea, even the Son of the Eternal Father!” and then asked him if he now understood the meaning of the tree which his father had seen. Nephi answers, “Yes, it is the love of God, which sheddeth itself abroad in hearts of the children of men; wherefore, it is the most desirable above all things” and the angel added, “yea, and the most joyous to the soul.” (1 Ne 11:19-23 emphasis added)

Nephi must have felt the love Mary had for her son and the love Heavenly Father had for us when he gave us his son. LOVE is the MOST desirable, the MOST joyous.

How did you feel when your children were born? That is the love that God desires us all to feel and have and experience each day. When is the last time you felt the love of God for you? When we feel this love our testimony grows and we want to share it just like Nephi and Mary did. Mary testified saying, He that is mighty hath done to me great things; and holy is his name. ” (Luke 1:49)