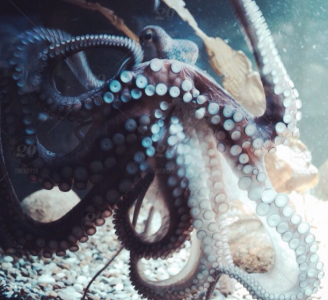 Did you know that octopuses can change their color to match their environment? How they change is most interesting. The outer layer of their skin is made up of millions of small pigment sacs called chromatophores. Nerves within his eyes sense the brightness of the light and contract or expand these sacs. When expanded they give the octopus a dark brown color. When contracted the underlying reflective leucophores are exposed reflecting whatever color of light is most abundant. If the octopus is swimming in an algae-covered pool it will reflect the green color. The octopus’s ability to change color is really nothing more than a side effect of an ability to detect changes in light which adjust its skin to become more or less reflective.

On the Twelfth Day of Christmas

The First Day of Christmas