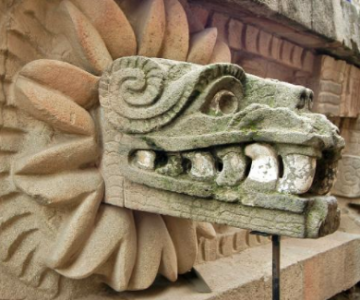 Why did Lucifer portray himself as a Serpent?  Because he was mimicking Jehovah!

The serpent is a type of Jesus Christ. Moses, at the request of Jesus, placed a serpent on a pole, Nehushtan, so those that had been bitten by the fiery serpents could look and be healed. Jesus to the Nephites said, “My Father sent me that I might be lifted up upon the cross; and after that I had been lifted upon the cross that I might draw all men unto me.” (see 3 Nephi 27:14) Alma invites us all to “cast about your

eyes” on the Son of God and “not harden your hearts in unbelief.” (see Alma 33:21-22) Satan is an imposter, he chose to portray the serpent to pretend he was Jesus, the Christ.

The serpent contains rich symbolism. If you were to get bit by a snake, you can be healed with the same venom that poisoned you. The antidote is found in the venom. Interestingly this same idea is found in the Atonement of Christ.

When you do something contrary to your beliefs you are plagued with guilt and pain (the bite) given to you by the creator of your conscience. There are two choices when this happens, turn to the ways of the world – thrill, drugs, friends, google, denial, etc. Or turn back to him who has the cure (the antidote) – Christ, the master physician, and healer. He can take away the guilt and give you refreshment, peace, strength, a clear mind, and conscience, etc.

The serpent is a physical reminder for us to turn and look to Christ!